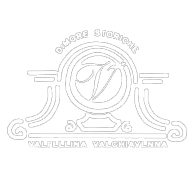 Located in a strategic position in the Valley, which dominates, and favored by exposure to the south, Teglio undoubtedly boasts an illustrious past, so much so that in the era Roman was probably controlled as a garrison in the Roman Province, which He stretched on the area Rhaetian.

The overall architectural structure is typical of the late nineteenth century – but has some portions dating back to the sixteenth century.

The building is bound by the Superintendency with indirect constraint as a public building with fifty years of age.

a) Historical building:
The building consists of a part consisting of the oldest place of the factory on the northwest side of the body: a medieval tower still recognizable from the surrounded consistency and the powerful bosses at the corners.

The central part would be from the sixteenth century and is connected to the body by a large medieval staircase.

The buildings in the south-west and north-east corners are instead built in XIX century – of little historical value is the portion of the building to the southeast extension built in about the 1950s.

a) Presence of Archives: Bibliography: – F.S.Quadrio “critical-historical Dissertations internal to Raetia side of the Alps today Such Valtellina”, Milano 1755, Vol.I – G.L.Garbellini “Tellina Vallis. Teglio and its Castellanza, “Villa di Tirano 1991 b) Collections Presence